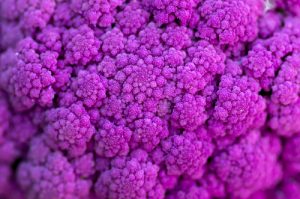 For a long time I tried to avoid this subject. Regularly, I would tell friends and clients that I do not support the calorie counting model and that instead, the work we do is to encourage a better understanding of the body and how to make better choices with food and the nutrients we are consuming and what that individual person needs. In short I encourage my clients to listen to their bodies to start understanding what makes them feel great and what makes them feel crap. In this way, slowly the calorie counting that has been drilled into them by popular culture and mass marketing begins to slip away, and with it comes improvements in wellbeing..

However, the calorie conundrum does rear its head quite a lot in clinic (as does the confusion and illusion around low fat products, which I will come to soon). I was planning to write some information about calories as a hand out for my clients around the same time I was approached by a food company to also write about this topic. So here is the article I submitted.

Let’s start with the idea that all calories are treated equally. So that’s the calories in a cauliflower alongside the calories in a doughnut. The common response to this is usually some kind of recognition that one has much higher nutritional properties than the other, yet still the well-worn calories in vs calories out  model – which isolates food as a number of calories and nothing more – remains a model that many people, companies and medical models abide by.

The popular belief of ‘as long as I burn more calories than I consume, I’ll lose weight’ is simply wrong. Sure it works for some people but it has the opposite effect on others, it’s also not sustainable and encourages unhealthy fixation and restriction.  But yet this outdated and disproven notion still fiercely lives on all the while the world gets more and more confused and unhealthy (the rates of obesity have tripled in every country where the calorie counting myths are sprouted)..

But when we consume food this simple rule of chemistry becomes far more complicated; as individuals we have dynamic capabilities of metabolism; when we eat food, the “isolated system” part of the equation disappears. The food interacts with our individual biology, a complex adaptive system that instantly transforms every bite.

Let’s look at what happens when you eat a doughnut. Your gut quickly absorbs the fiber-free sugars, fructose, and glucose. The glucose sharply elevates your blood sugar, causing a spike in insulin and a subsequent domino effect of hormonal responses that mess up your biochemistry. Prolonged high insulin causes inflammation, belly fat storage, raises triglycerides and lowers good cholesterol, increases blood pressure, lowers testosterone in men, and contributes to hormonal imbalances in women.

As this cycle of sugar consumption and raised insulin continues, the brain chemistry begins to change from the effects of insulin and this increases appetite due to the appetite control hormone (leptin) becoming blocked. All this is happening  while the pleasure and reward part of your brain is triggered, driving you to consume more sugar and increasing the addiction (which is comparable to cocaine addiction).

Meanwhile, fructose goes right to the liver, where it starts manufacturing fat, this triggers further insulin resistance and causes chronically elevated insulin levels, causing your body to store everything you eat as belly fat. You also get fatty liver, which generates more inflammation. Anything that causes inflammation will worsen insulin resistance. And the sugar will also damage your good bacteria. This entire process over time is an express train to obesity, diabetes and heart disease.

These processed sugary foods (even the ones that claim to be low fat or sugar free) contain no fibre, vitamins, minerals or polyphenols which play a crucial role in maintaining basic biochemical processes; protecting the body and reducing inflammation. Foods such as these were only created in recent decades and the body doesn’t register them as food, so you eat more all day long. Building up a taste (and addiction) for the super sweet and processed.

So what about the cauliflower? What happens when we eat that? As with the doughnut, the calories are largely made up of carbohydrates, but the type of carbohydrate is crucial here because they have a completely different effect on your blood sugar. High-fiber, low-sugar carbohydrates such as cauliflower are slowly digested and don’t lead to sugar and insulin spikes, while refined sugars are quickly digested carbs that spike your blood sugar. One keeps blood sugar levels stable and balanced, the other spikes the sugars and triggers the aforementioned cascade.

Cauliflower contains predominantly carbohydrates as well as fiber, protein and a small amount of fat. But yet the total calories of this vegetable are still considered just as calories and plonked in the same boat as the doughnut.

So what happens when you have a diet high in cauliflower and other vegetables ?

Firstly they contain lots of fibre, which doesn’t get absorbed (but would be included in the total calorie count). There is no blood sugar or insulin spikes  when you eat these foods, and so therefore your brain successfully receives the message when you are full and releases the ‘full up’ hormone, which translates to feeling satisfied and energised.

More perks: there is no build-up of fatty liver, your metabolism would be working well and cholesterol and inflammation would be low. (Cauliflower contains various nutrients that reduce inflammation and lower risk of heart disease. It also has a tremendously positive impact on liver detox processes, the microbiome, as well as being able to balance sex hormones).

Now do you see that not all calories are created equal and that reducing any kind of food to a number is just far too simplistic and frankly, dangerous? Some calories are dangerous and addictive to the body, others are nourishing, some are fattening, and some boost metabolism. Food doesn’t just contain calories, it contains information. Every little bite goes in and triggers a series of instructions to your body and these instructions lead to better health or disease.

And just to be clear; having a doughnut every now and again isn’t going to cause chronic inflammation and a whopping belly! But rather, it’s the daily habits that do this (even if they are confined by calorie restrictions!) I’m a big advocate of having what you love from time-to-time. And go for it – relax and enjoy the treat and please don’t starve yourself for the rest of the week if you do indulge -just have an extra portion of veg the next day; life goes on.

And if you don’t know where to start or have found yourself drowning in a cycle of processed foods that make you feel like crap, get in touch with a local Registered Nutritional Therapist. They will support you to start making new choices and gain a better understanding of your body. 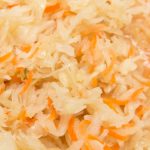